You’ve heard the cliches about you being your own biggest obstacle and starting with the person in the mirror to change course. Although inspirational, these leave something to be desired, and, it’s an important element called action. It’s difficult to take on challenges, especially when it’s your own business. These will be a reality, but, it’s how we act and react that ultimately dictates the outcome. The reason successful people act, or, react in certain ways is because they accept one immutable truth — avoidance does nothing but make situations worse.

Oddly enough, just acting without a true purpose or plan, usually delivers the same consequence, which is why Zig Ziglar said many times over, “If you aim at nothing, you will hit it every time.” Successful people not only act and react in a deliberate way, they do so with a goal in mind.

The trouble for some entrepreneurs is they let other things get in the way. Let’s be clear, we all have doubts, we all are susceptible to believing the worst, and to give into negative emotions. This is why there are no self-help manuals on how to fail. Failure is something we all do naturally, success is something that’s learned. It’s a combination of experience, judgment, and attitude. When you fail, you ought step into a Thomas Edison mindset, accepting the ultimate answer might be among many failures.

Within these examples, we see perseverance, but, even the most resolute can be negatively impacted by various influences. All sorts of pressures can put an entrepreneur under a lot of stress and stress stretches thin clear thinking. It’s how you deal with these that determines if, as a business owner, you will succeed or will fail. In other words, successful entrepreneurs don’t let these challenges hold them back — not even the following:

Another big challenge is one that’s very real and direct: the competition. You are nearly assured to see others succeeding in the same industry, even in the same niche. This can certainly be a discouragement, but, doesn’t have to be one. Instead, look at them as an inspiration, if he or she did it, then why can’t you do the same?

While you might have different beginnings, talents, and resources, you can use what’s at your disposal to your advantage. Set small measurable goals, achieve each one, and built up success in an incremental, sincere fashion.

Want to find out about what a business coach can do for you? 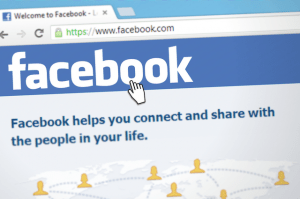 Here’s the Big Lesson from the Mark Zuckerberg Apology Tour

Mark Zuckerberg is generating a lot of headlines. It’s too early yet to know if the old cliché “there’s no such thing as bad publicity” 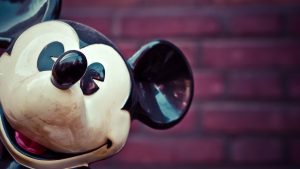 When you open a small business, you have the opportunity to build credit separate from your personal credit. The better your small business’ credit, the