Warning: Trying to access array offset on value of type bool in /home/lukh90xv22wt/public_html/wp-content/plugins/elementor-pro/modules/dynamic-tags/tags/post-featured-image.php on line 36
 Is Crazy Creating Chaos in Your Company?

Is Crazy Creating Chaos in Your Company?

We all deal with crazy (read: difficult) people in life. They are rude, obnoxious, oblivious, pitiful, without fault, always victims, stir up drama, and what’s worse, don’t know so. You see, the problem with him or her is someone else besides he or she: another coworker, a family member, perhaps even you. As the head of an organization, no matter its size, you’re bound to run into crazy and what’s simply insane is the fact that you let them through the door in the first place.

This is just one way business owners and managers rationalize a situation that’s spiraling out of control. “It’s a phase,” or “he or she just needs a little extra motivation.” Though these thoughts might bring a modicum of comfort, it will be short-lived. If you are faced with an employee that’s ultimately doing more harm than good, you’ve got to deal with the situation before it has time to inflict more damage.

Ways to Deal with Difficult Employees

In most instances, people that behave this way aren’t at all aware of reality. While you and the rest of your team know it, the problem personality probably has a peculiar position. This is a moving or adaptable perception that assigns blame away from him or her. Of course, this makes things worse because he or she won’t be easily convinced as to what’s truly going on.

Often, when an employee is difficult we stop paying attention to what’s actually going on. We’re irritated, it seems hopeless, and we’ve already decided what we think about the employee – so we just turn our attention to other things, out of a combination of avoidance and self-protection. But the best managers get very attentive when someone’s not doing well. They know their best shot at improving the situation lies in having the clearest possible understanding of the situation… —Forbes.com

The very first thing you ought to do is to take stock of the dynamics. Put yourself in his or her shoes to try and gain some perspective. If that comes up short and doesn’t provide any tangible answers, you now know he or she is the real source of the problem. Fortunately, there are steps you can take to take crazy out of the company:

Separate fact from friction. Yes, friction, as well as fiction. Friction between employees can easily lead to you taking sides because of your affinity for one over the other, which is where fiction comes into play. You should act on facts, not feelings, and not because of favorites.

Don’t confuse performance with conduct. One rationalization for keeping problematic employees in the company is because of their so-called “redeeming qualities.” While he or she might well possess some great performance traits, it is his or her conduct that’s actually most important. What he or she might be producing individually could well be undermining his or her peers.

Take time to listen and offer solutions. Should the person who brings crazy chaos into your company be a productive team member, you ought to try to invoke a turn-around. Go into a private place and ask if he or she is having any problems, then, tactfully offer solutions. If the response is knee-jerk or obtuse, it’s probably time for ultimatums.

Lend a helping hand. Not your own, but someone within your organization you trust. This works best peer-to-peer, where coaching captures cooperation. Though this can work wonders, it can also become a tempting choice in the future. Don’t use it as the fallback position or you’ll simply be known for passing difficult personalities out for others to deal with.

Ultimately, you are fighting to deal with a situation, not to win by wrangling control away. You want to create a solution, not to win an argument. If you do chose the latter, you are choosing to join in the craziness and even make the environment worse. Also, know when you’re at your limit, as not every situation can be resolved. There will be times when simply parting ways will be the best solution for you and your business.
[shareaholic app=”follow_buttons” id=”26833294″]

Here’s an unusual but not unheard of situation. A team member leaves your company only to go off and form a rival business. Making matters 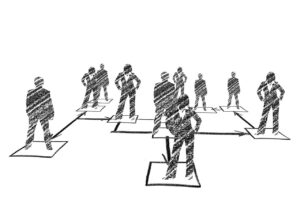 I’m Struggling with a Staff Shortage and Inexperienced Workers — What can I Do?

There’s a popular meme going around the internet right now that reads, “Everyone is short-staffed, please be patient.” It’s a polite reminder of the current

Keeping track of small business expenses is no easy task. In fact, it’s one of the least liked chores or responsibilities that come with running