Warning: Trying to access array offset on value of type bool in /home/lukh90xv22wt/public_html/wp-content/plugins/elementor-pro/modules/dynamic-tags/tags/post-featured-image.php on line 36
 How to Avoid People Who Waste Your Time - Learn from Business Expert John Waters

How to Avoid People Who Waste Your Time

Successful business entrepreneurs obsess over their companies and know instinctively the phrase, “time is money,” is true. It’s why business owners hire others to do tasks they could otherwise do themselves: accounting, marketing, paperwork, and so on. However, not everyone in the world of business is adept at executing, some, talk and do so a lot — a whole lot. They procrastinate, squander time on trivial tasks, and have long conversations without an objective. What’s worse, is some of us are not only susceptible to time wasters, we’re also enablers.

How to Avoid People who Waste Your Time

Enablers are generally very caring, thoughtful individuals and they don’t like to hurt others’ feelings. Even business people who are laser focused and get things done are time waster enablers, because they interact and hire them. While it seems completely counterintuitive, you don’t really know a person’s qualities until you get to know him or her through your work together. Someone might appear to be just as focused and enthusiastic but appearances can be misleading.

We’re all too busy, spending our days in back-to-back meetings and our nights feverishly responding to emails. (Adam Grant, a famously responsive Wharton professor, told me that on an “average day” he’ll spend 3-4 hours answering messages.) That’s why people who waste our time have become the scourge of modern business life, hampering our productivity and annoying us in the process. —Harvard Business Review

You contract and hire individuals based on their previous work but it isn’t until you really begin to interact with them you learn their true character traits. While you might be impressed with their body of work, you probably aren’t at all eager to become a victim of someone who wastes your time. The really big problem to overcome is to spot time wasters and that’s very difficult, because it could be anybody, not just an employee or contractor, but also a partner, vendor, customer or client. The trick is to identify as soon as possible those who are most likely to waste your time from those who get things done. You can do this by looking for certain personality extremes:

Another two personality types who can be total time wasters are attention seekers and self-centered individuals. The former will always want to be the center of attention, no matter where they might be, while the latter will step on toes and cross lines in a self-serving manner. This is why it’s imperative to surround yourself with positive, focused individuals who get things done and share your enthusiasm so that you can achieve your goals.

Want to find out about what a business coach can do for you?

I Just Learned One of My Best Employees Criticized My Business On Social Media, What Should I Do?

You’ve just discovered one of your best team members has criticized your company on social media. So, you’re wondering what to do about it. Well, 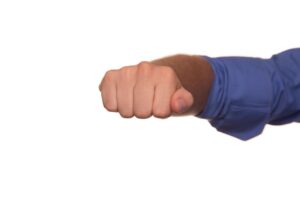 Although small businesses account for the largest majority of employers in the United States, this doesn’t mean that each one has necessarily carved out a

My Biggest, Most Important Client is #!@_&% — How can I Keep Them and Not Go Crazy

Fill in the blank. Angry, anxious, cheapskate, short-tempered, impatient, annoying, hard-to-please. No one enjoys dealing with difficult business clients, but sometimes we have to. These